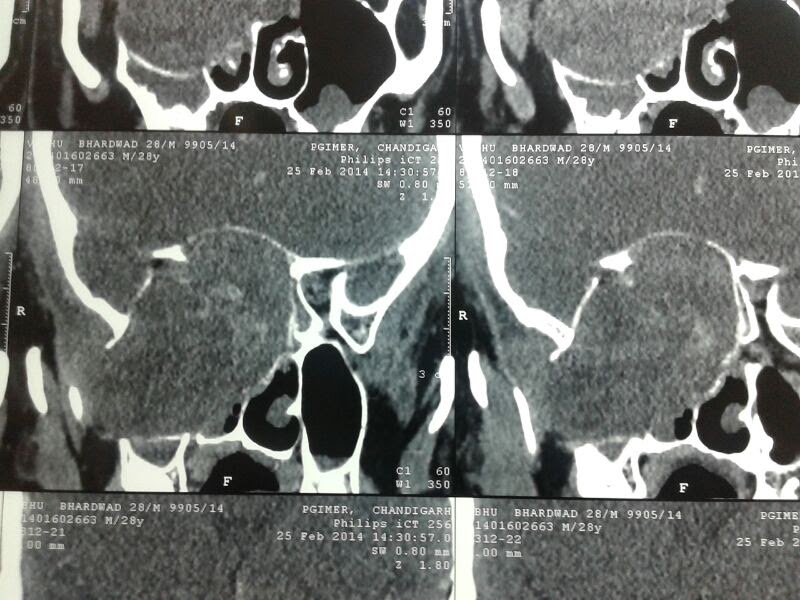 As neurosurgical procedures are rapidly getting refined tumours and areas of brain previously thought inaccessible or in operable are being rapidly approached with excellent results. Skull base tumours  have been always approached with caution because of technical difficulty in approaching such tumours and their proximity to vital structures of brain.

A rare skull base tumour was recently operated at IVY hospital by Senior Neurosurgeon  Dr Vineet Saggar . Complete tumour removal was achieved and patient was sucessfuly discharged within few days . He was ably supported by excellent plastic surgery team headed by Dr Rahul Goyal  which played huge role in minimizing scarring to facial region as approach to tumor of skull base required a facial incision.

A 28 year old male presented to Dr Vineet Saggar with complaints of lossof vision in right eye and swelling around right  eye. His MRI was already done and it revealed large skull base tumour behind face and nose extending to other side . A nasal endoscopic bipopsy was taken at some other hospital had revealed a benign ( non cancerous) tumour of nerves (schwannoma). He had shown to many private and government hospitals but was reffered to AIIMS as they told him it was difficult to approach this tumour and it may not be possible to remove it completely. How ever this tumour was completely removed at IVY Hospital by Dr Vineet Saggar via OSTEOPLASTIC MAXILLOTOMY a rare and technically demanding  Skull base approach . Patient was discharged 6 days after surgery. 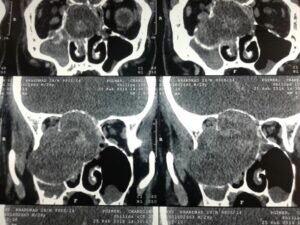 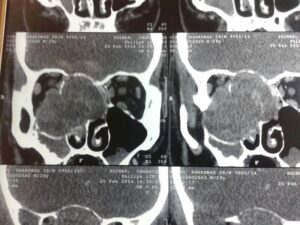 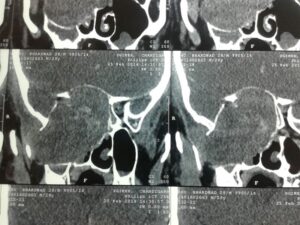 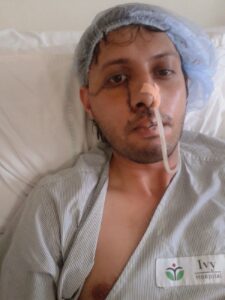 POST OERATIVE PICTURE OF THE SAME PATIENT BEFORE DISCHARGE 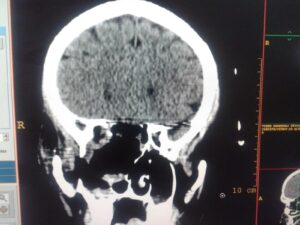 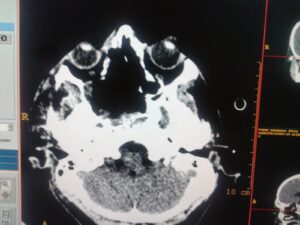