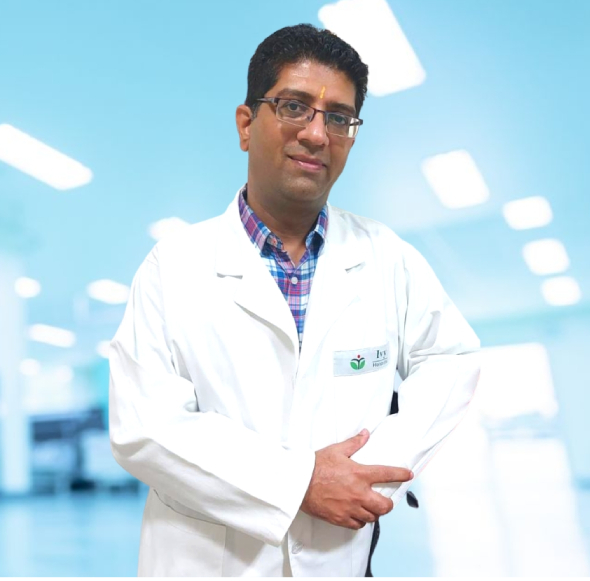 Dr. Vineet Saggar is an alumnus of D.A.V collage, Chandigarh, Sector -10. After his MBBS from Maulana Azad medical college (M.C.M.C), New Delhi in 2002, He did his post-graduation in general surgery from saf-darjung Hospital (2002-2005). He went for his training in MCH neuro surgery at S.M.S Medical College, Jaipur. At Jaipur, He got the privilege of working with one of the pillars of spinal surgery – Prof. R.S. Mittal under whom he trained for almost 2yrs.

After completing his MCH in July 2009, He trained under Prof. S.R. Dharker, One of the pioneers of Micro-Vascular Neurosurgery in Rajasthan & India. Before joining Ivy hospital as consultant neuro spinal surgeon, he headed department of neurosurgery at Adesh Medical Collage Bathinda for some time. He has special interest in spinal surgery & skull-based micro neuro-surgery. Apart from many national & international publications, He also has research publications on head injury to his credit.